Vitamin B17 (amygdalin or Laetrile) is a controversial topic in the world of cancer and natural healing. Vitamin B17 is found naturally in the seeds and nuts, berries, legumes, whole grains and some vegetables. It is a molecule made up of four parts:

Oooo, Cyanide. Sounds scary. And it should sound scary if you’re a cancer cell.

Normal healthy cells contain the enzyme Rhodanese which neutralises the Hydrogen Cyanide and the Benzaldahyde (which is also poisonous) in the vitamin B17. In fact it converts them into the useful nutrient compounds the body can use.

Cancer cells have evolved to change the way the cell functions, including how it harvests its energy. There are two ways for cells to harvest energy from food: cellular respiration (with oxygen) and fermentation (without oxygen). Cancer cells don’t like oxygen very much so they go about powering the cell by fermentation – turning glucose (sugar) into energy without the help of oxygen. Because this is not as effective as cellular respiration it means the cancer cell craves glucose to power itself.

THIS SOUNDS BLOODY MARVELLOUS! WHERE CAN I FIND IT?

Unsurprisingly, you find it in foods we don’t really eat anymore. Our diets have changed significantly over the last 100 years from the whole foods and natural sugars that were unmodified and unprocessed. Vitamin B17 is bitter to the taste and in order to improve the taste, foods are modified to eliminated the bitter. White flour was introduced as a cheaper way to feed the people, but detrimentally it replaced nutritious millet which has a high content of vitamin B17. Seeds and nuts which are high in B17 are blanched, steamed and treated to remove the B17 content and some grapes have their seeds genetically removed altogether. 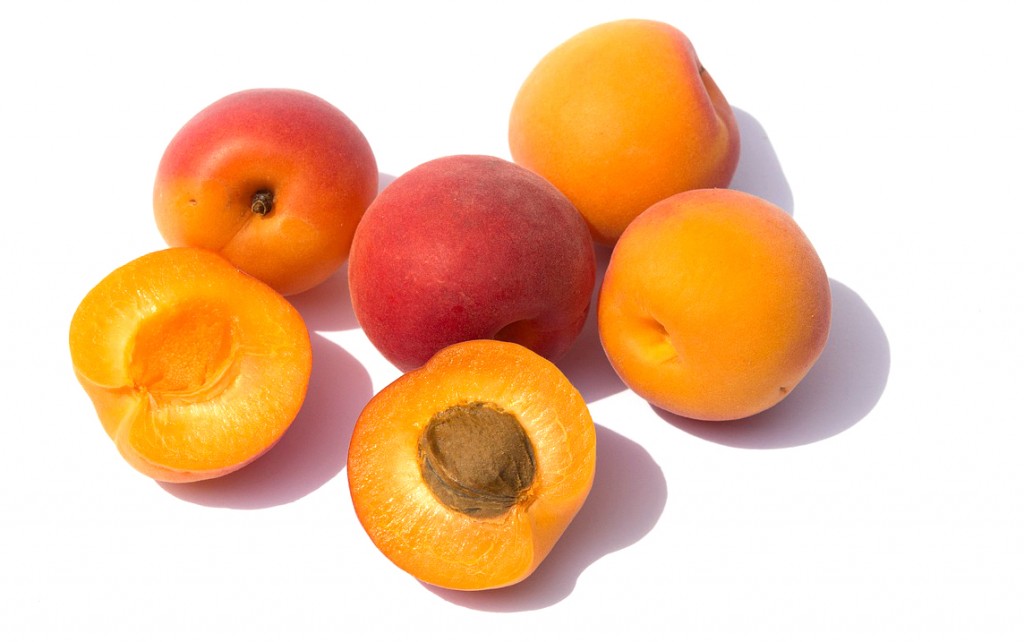 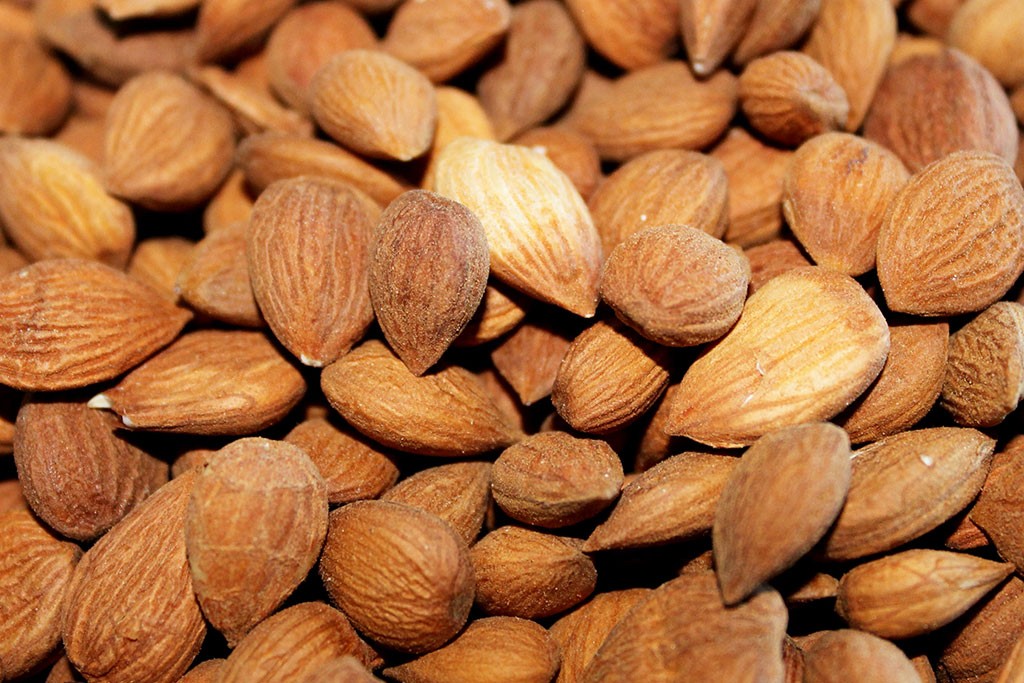 Vitamin B17 is found naturally in the seeds of the Rosaceae family (rose family including apricots, peaches, apples, pears, and almonds). Apricot seeds are the richest source of vitamin B17. The pip of the apricot can be cracked open to get to the seeds.

WHY HAVE I NEVER HEARD ABOUT THIS?

This is where the controversy comes in. The truth is if the “cure” to cancer was found in nature and was completely natural it would be impossible to patent. A solution for cancer that costs next to nothing and available to everyone? Imagine what that would do to the $250 billion dollar a year cancer industry? Imagine what that would do to the economy of certain countries?

Thousands of people would be jobless and the unemployment rate would rise. Cancer Research is also a multi-billion dollars business employing thousands of people from researchers to Oncologists. Imagine how much money certain individuals would stand to lose? It’s crazy how often money is chosen over people’s lives.

The compound Amygdalin was first extracted from almonds seeds in 1830 by two French chemists. The same substance was also found in apricot seeds as well as in the seeds of the rest of the Rosaceae family. Laetrile is the chemical concentrated form of Amygdalin that was first promoted as a cure for cancer by scientist Ernst Krebs in the 1950’s. Krebs claimed that enzymes released when the substance was broken down by the body killed cancer cells.

It attracted wide attention in the 1960s and 1970s as a cure but Laetrile never gained approval by the Food and Drug Administration (FDA) in the United States. On September 1, 1971, the FDA announced that their evaluation of Laetrile had found “no acceptable evidence of therapeutic effect to justify clinical trials” without trialing it properly. In 1977, the FDA banned the sale of vitamin B17 in the USA. Doctors set up practices on the borders of Mexico and Canada where they administered Laetrile to cancer patients. The apricot tree was banned from the USA in 1995, and in 2002 the FDA banned apricot kernels outright. People turned to bitter almonds until the FDA declared all bitter almonds had to be pasteurised before they could be sold. Pasteurising means covering the seed with chemicals and which removes the B17. It is illegal to sell raw bitter almond seeds in the USA now.

Doctors are indoctrinated to believe that Laetrile is a waste of time. They are not allowed to practice with it and their only reference is their medical books which hold baise studies on Laetrile. If doctors used or recommend vitamin B17 then they run the risk losing their medical licenses, and in some rare cases imprisonment.

The FDA says it doesn’t work and it can poison you and there is no point it testing it further. However there are countless cases of people eating 20 apricot kernels a day and their tumours have gone down, with the possible side effect being nausea. We think that’s a way better side effect than the side effects from a dose of chemotherapy.

IS IT REALLY A CURE?

We believe vitamin B17 was one of the main ingredients to Jon’s recovery. Would we call it a cure? No. We’d call it a potent cancer and tumour fighter. It won’t fix you permanently. Testimonials on apricot seeds and vitamin B17 report that after a few weeks of consuming their tumours had reduced and eventually disappeared completely. Then, after some time they would stop eating the apricot kernels and the tumour would come back. This is because vitamin B17 fights the symptoms of cancer, the tumour, but doesn’t fix the cause.

To fix the problem you need to get your body healthy again. Cancer is a result of a nutrient deficient body, over loaded with toxins and a suppressed immune system. You need to start giving your body everything it needs to heal itself, and stop giving it things that hamper the healing process. Keep your cells and immune system as strong as possible so the cancer cells can not take hold and divide in the first place. This includes having a colourful plant-based diet, exercising as much as possible and practising mindfulness.

Recommended daily allowance is 6 kernels a day if you want to keep your cells clear and healthy, and 20 a day if you’re trying to fight a tumour. Jon was on 60 a day: 20 in the morning, 20 at lunch and 20 in the evening. When he was given the all clear he dropped it down to 20 a day, then to 9. Just start with a few and build it up to whatever your needs are. See how your body feels as you go.

Remember, for a full dose of vitamin B17 you need raw bitter apricot seeds. If they don’t have a bitter taste then they have probably been steamed or treated. You want to taste that bitter natural cancer poison. If you don’t have access to apricot kernels then just eat (and chew) red grape seeds or the seeds of an apple. It’s true what they say, an apple a day does keep the doctor away. But here’s the kicker – you have to eat the whole apple – and chew the seeds. It’s not as crazy as it sounds once you try and you are never stuck with an apple core in your hand that you don’t know what to do with.

You need to supplement Apricot seeds with vitamins and minerals including Vitamin C. You can see Jon’s full regime here.

It is recommended you supplement laetrile with :

Check out G. Edward Griffin, author of World Without Cancer: The Story of Vitamin B17 in 1974. He’s the reason the world knows so much about vitamin B 17 and Laetrile. This great video expands on the idea about vitamin B17 and how long it’s been around for. Also more information at The Cancer Cure Foundation at cancure.org

An art director by day, my experience with Jon led me to wealth of knowledge about nutrition that sparked a fire inside of me to learn more and share that knowledge with others.