A normal cell is programmed to go through a cycle – growth, division and death. When a tissue or organ is fully grown, the cells making up that tissue or organ know when to stop dividing. When your skin gets damaged, the skin cells will start reproducing and dividing to repair the tissue, and when the injury is fully healed the cells know to stop. But a cancer cell is different from a normal cell. It has been reprogrammed to have the death button switched off so it doesn’t stop dividing. This non-stop cell division forms a malignant mass of tissue. A tumour. Tumours threaten a person’s life when their growth disrupts the tissues and organs needed for survival.

Cancer is caused by changes to a cell’s DNA. On very few occasions it’s inherited from our parents through faulty genes, but it’s mostly caused by our modern lifestyles and the environments we live in.

Substances and exposures that can change our DNA and lead to cancer are called carcinogens. Carcinogenesis quite literally means the ‘creation of cancer’. It is a process whereby a normal cell’s DNA is damaged or changed by the carcinogen so the cell becomes a mutant, cancer cell. 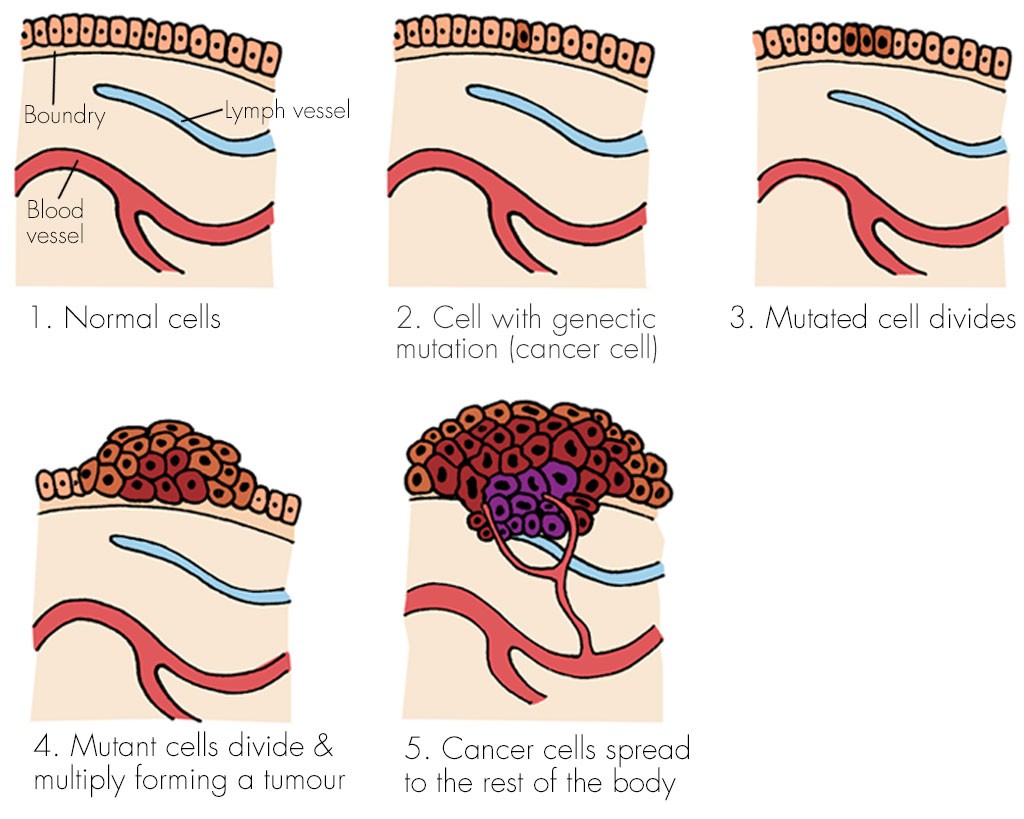