Being a South African, I grew up on red meat. Lots and lots of red meat. Beef, lamb and pork in the form of steak, chops, ribs, boerewors and bacon. I was always told eating red meat would turn me into a man and I completely understand this logic as meat is packed with protein that builds and repairs muscles, perfect for an active, growing boy. 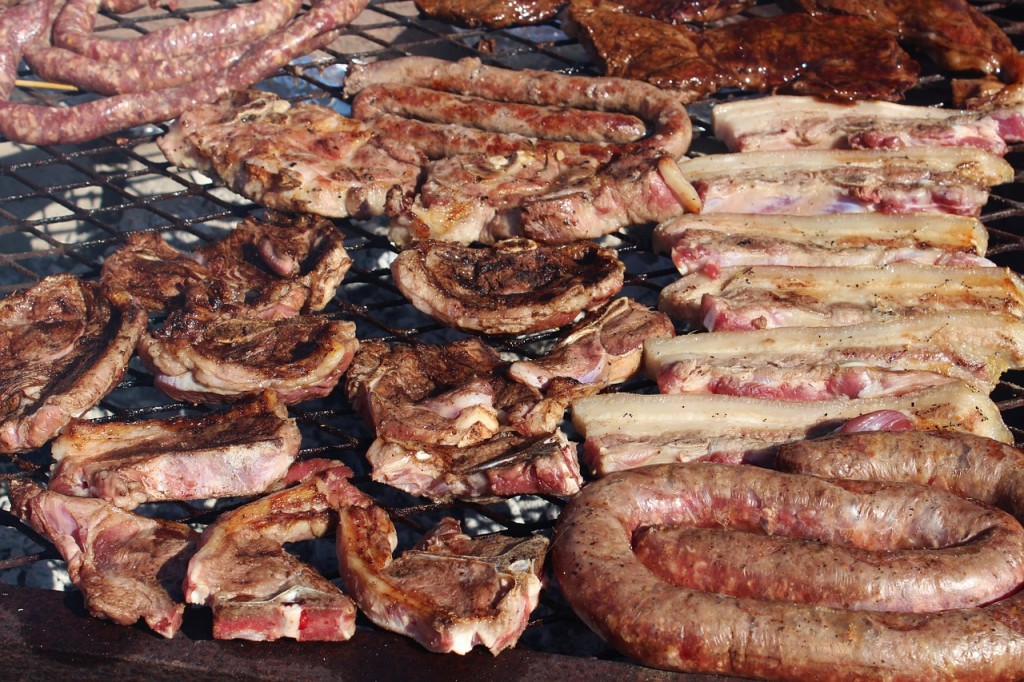 Boerewors and chops on the braai.

But as I grew older, my digestive system began to moan about my meaty diet. Boerewors or sausage rolls gave me the worst heartburn and indigestion, and I would always be uncomfortably full for a long while after a big braai (AKA barbeque). I would feel bloated and tired as my digestive enzymes did there best to sort through the meaty offering. For a long time I’ve felt red meat isn’t the best for my insides based on the way it made me feel, almost as though it just didn’t digest properly.

Then one day I made a vegetable curry and was cleaning the pot. With one wipe of my finger the pot came clean. That’s when I had a realisation – if I had tried that with a lamb or beef curry I would have smeared grease everywhere. My finger would be sticky and the pot would need to be soaked for a bit just to loosen up the fat. Then I thought about my intestines and imagined the same thing happening in there. Meat fat sticking to and clogging up my digestive tract. I know now it is the solid, saturated fat in red meat that is responsible for this. In fact, it’s the same fat that is responsible for clogging up arteries and making more bad ‘LDL’ cholesterol in the body. Sure, red meat is packed with protein, vitamins and minerals that the body can use, but I can find those elsewhere. I didn’t need meat to be strong and healthy. 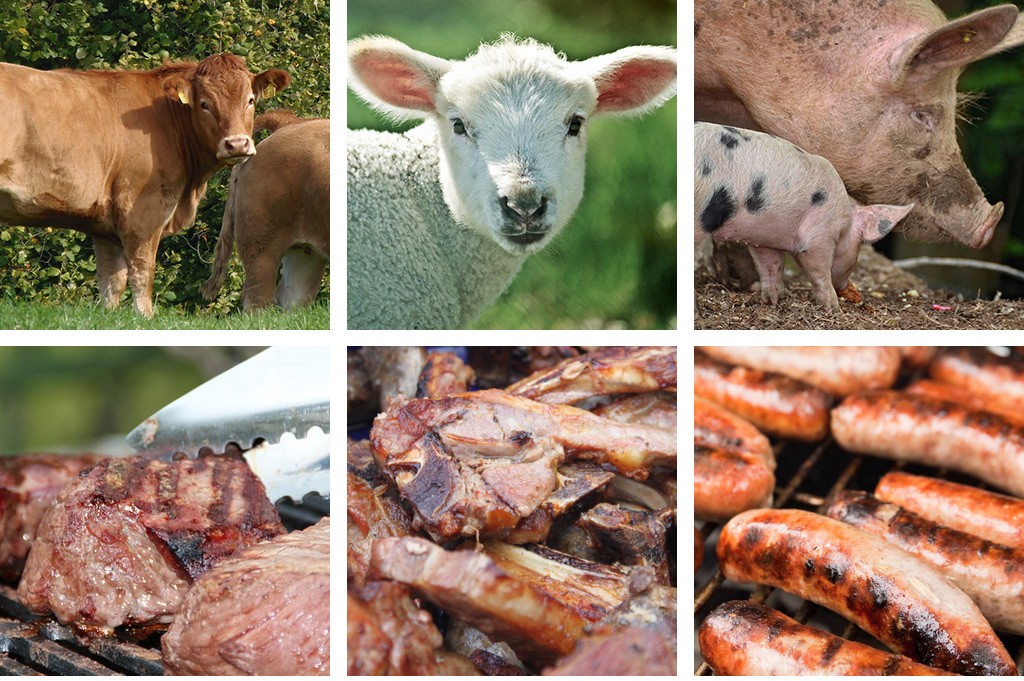 Red and processed meat has been linked to cancer for decades, with the idea that eating large amounts of pork, beef or lamb raises the risk of deadly tumours and heart disease. It was thought that the saturated fat in the meat was the main culprit behind these health problems. Char grilled and fried meat have also been linked to cancer, but this is because of the carcinogenic (cancer causing) chemicals produced during those particular cooking methods. But now, recent studies have found a clear scientific link between red and processed meat (as well as animal milks), and cancer.

Researchers have always been puzzled as to why other meat eating mammals didn’t suffer from heart disease or any other chronic illnesses the same way humans do. The theory is based around a molecule called Neu5Gc. Neu5Gc is a sugar molecule produced in the bodies of all mammals and can be found in their meat and milk. Well, all mammals except humans. Humans are genetically unable to make Neu5Gc, and scientists believe this is because the gene that produces this molecule mutated about 2 or 3 millions years ago. They think the gene altered in our human ancestors so they could survive an ancient strain of malaria. This mutation modified the Neu5Gc into what modern day humans now produce, Neu5Ac (by adding an extra oxygen atom). Neu5Ac is what the modern day malaria parasite has evolved to attach itself to (the malaria parasite cannot enter a cell until it grabs onto the Neu5Ac on the surface of human cells) and this is why no other mammals (or animals) suffer from malaria.

Even though our bodies don’t produce this molecule anymore, we can still use it. When red meat or dairy is eaten, Neu5Gc enters our body and incorporates itself into our cells. It forms part of a sugary coating covering the cells that is responsible for giving cells a charge. This charge pushes neighbouring cells away.

Then our immune system comes along and recognises the Neu5Gc as a foreign invader (because it’s not naturally produced in our body) and launches an attack by forming antibodies. The antibodies bond to the Neu5Gc which results in the charge being lost and the cells clumping together. This clumping leads to chronic inflammation, which is a catalyst for cancer and many other diseases.

Neu5Gc can accumulate in cells, especially in the intestinal wall directly exposed to the food. This would explain why there is an increased risk of bowel and prostate cancer amongst those who consume animal products. Scientists often find high concentrations of Neu5Gc in human tumours – the only way it could have got there is through our diet.

Then what about other diseases? Many studies show that people who eat red or processed meat are at a higher risk for heart attacks, strokes, at least 17 different cancers, diabetes, autoimmune diseases, arthritis and asthma. So it does all seem to point to the same thing. This molecule incorporating itself into inflamed tissues like arthritic joints can lead to more inflammation –  like throwing petrol onto a fire. Reducing red meat intake reduces chronic inflammation, this also explains why veggie diets improve arthritis, along with many other health problems.

So the point is, red meat, although not the best for you, can still be enjoyed every now and then. Make it a treat and appreciate it when you do eat it.

And for the Paleo peeps out there, I have a few questions. Yes, cavemen ate meat, but how much meat did they really get their hands on? Did they really eat meat everyday? Or even twice a day? Was their meat filled with hormones or processed? And lastly, how old did these guys live until? I think it’s okay to eat meat (if you can’t live without it) but only every now and then, and it shouldn’t always be the focus of every meal. Fish is a great, healthy protein alternative, without the cholesterol and saturated fat. Other sources of protein include plant-based foods such as legumes, seeds and nuts, mushrooms and some vegetables. In fact, the essential fats in beans, nuts, seeds, plant oils and fish are the type of fats the body needs to stay healthy. 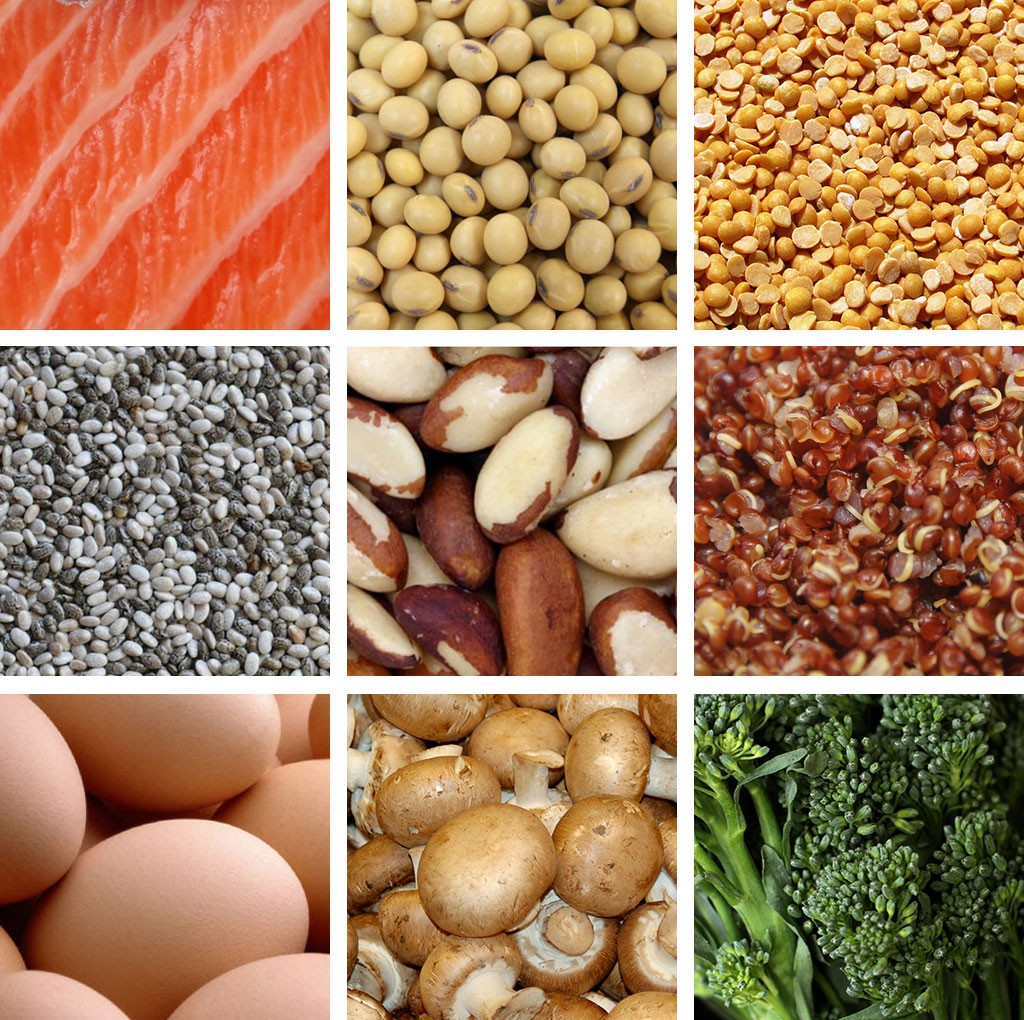 But most importantly, if you decided to eat meat, make sure it is organic! The hormones, dodgy feed and living conditions some of these animals are exposed to is criminal. Those hormones, chemicals and negative energies, when consumed, are transferred into your body. This, over a long period of time adds up, the toxicity level in the blood rises, which then directly affects the cells in the body.

Honestly, I do enjoy a nice piece of organic steak or lamb every now and then (once a month is a lot). It’s considered a treat. My stomach still moans a bit, but what can you do? As my granny always use to say, “Anything is okay, as long as it is in moderation.”

So if you’re going to do it, make it special and make it organic.

So what counts as red and processed meat? Red meat includes beef, lamb, pork, veal, venison and goat. Processed meat is meat that has been preserved by smoking, curing, salting or adding preservatives. This includes sausages, bacon, ham, salami, pâtés and canned meat. 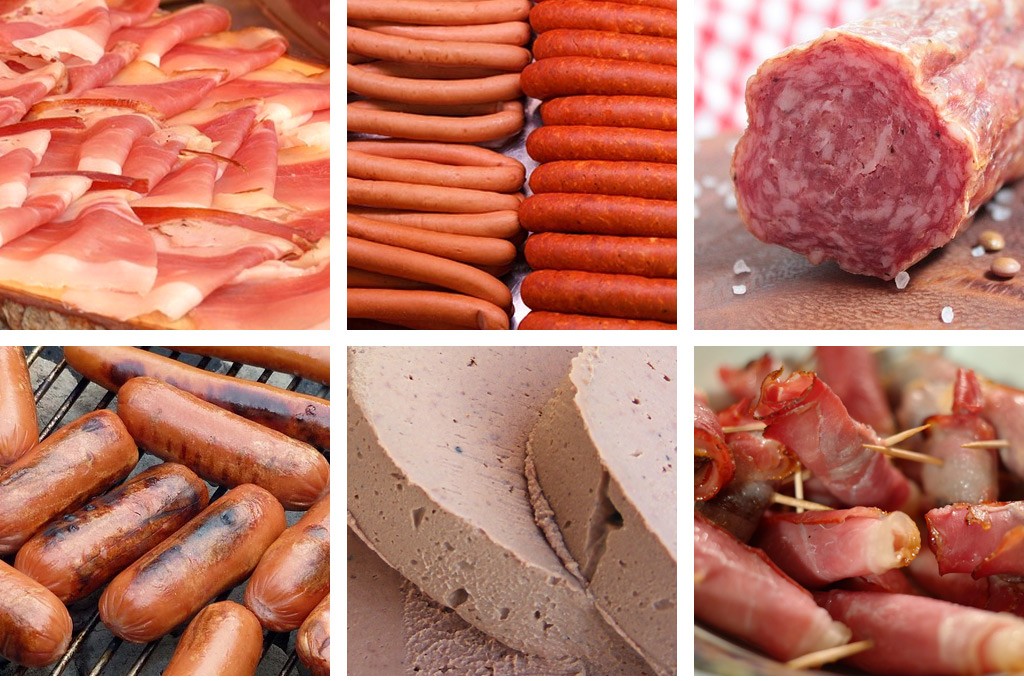 An art director by day, my experience with Jon led me to wealth of knowledge about nutrition that sparked a fire inside of me to learn more and share that knowledge with others.